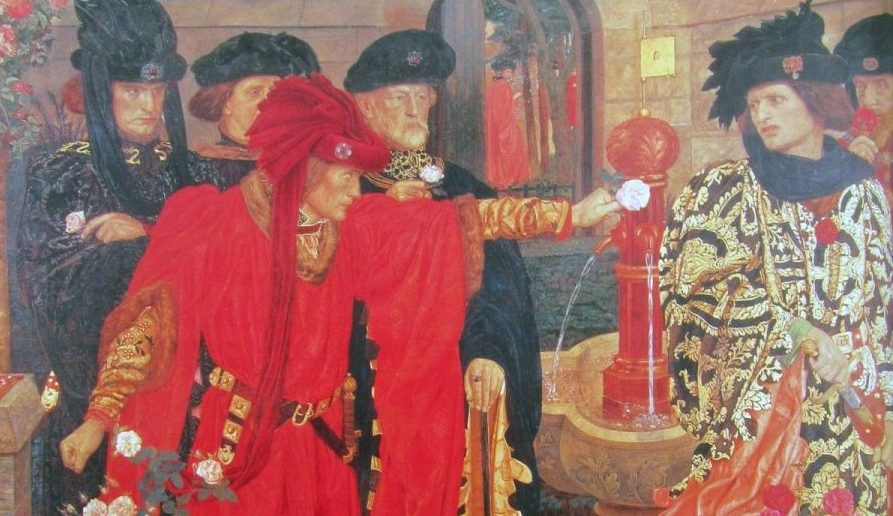 The house of York is filled with interesting characters – Edward IV, Elizabeth Woodville, George of Clarence, Richard of Gloucester and Anne Neville among them. But to my mind, as subjects in historical novels they’ve been done to death, to the point where it’s difficult to show them in a fresh light. I’ve no wish to add to the teetering towers of books on these figures.

My interest has always centred on the Lancastrians post-1461; the period after they lost power. Among these ranks is a crowd of intriguing individuals. Foremost, of course, is their queen, Margaret of Anjou, who came to England the conventional teenaged bride and ended up leading her armies from the front; who journeyed, poverty-stricken and all-but-alone to the courts of Burgundy and France seeking support for an invasion of England. History hasn’t been kind, but how many would have shown her valour, force of mind and dedication in the teeth of such turbulent fortunes? Margaret of Anjou’s end was quiet and sad, dying, neglected, in a castle in eastern France, so poor that her only possession of value was her pack of hunting dogs. The beneficiary was her cousin, King Louis XI of France, who’d been named her heir – his price for ransoming her from Edward IV in 1475, and a bad bargain for him. To add to the poignancy, Margaret died only months before her nemesis Edward IV. Had she lived another few years, she would have rejoiced at the downfall of the house of York.

Back in 1461, Margaret of Anjou’s chief supporter was Henry Beaufort, Duke of Somerset, the elder brother of Edmond Beaufort who figures so largely in Wyvern and Star. After the catastrophe of Towton – when Edward of York’s crushing victory over the Lancastrians led him straight to the throne – Henry Beaufort allowed himself to be reconciled to new regime. Titles restored, he was loaded with honours, jousting with the king and sharing his bed (a signal honour). When the rump of the Lancastrians invaded the North Country in 1463/4, Edward IV sent Henry to North Wales to keep him out of the way, but old loyalties proved too tempting. Henry promptly escaped to join his friends, and was caught and executed by Warwick’s brother, John Neville, following the Battle of Hexham, another Lancastrian defeat.

Henry Beaufort had no legitimate heir, so his younger brother Edmond Beaufort became – in the eyes of his companions at least – the next Duke of Somerset. After something of an odyssey, Edmond ended up a pensioner at the court of Charles, Duke of Burgundy. He fought for Charles in Burgundy’s incessant wars, gained a modest reputation as a soldier and must have despaired of his prospects. In 1470, the world turned on its head. Richard Neville, Earl of Warwick – the power behind Edward IV’s throne – astonished Europe by defecting to Queen Margaret. It was Edmond Beaufort’s golden opportunity, but he utterly failed to grasp it, allowing his abhorrence of Warwick to dictate his actions, with fatal results.

In another post, I’ll talk about Jack de Vere, Earl of Oxford, whose life was extraordinary even by the wild standards of the Wars of the Roses.